In and around Little Venice

After attracting and inspiring artists and poets over the centuries, this fashionable area has become ever more desirable. Natasha Higgins takes a boat trip to see why.

“There would be nothing to make the canal of Venice more poetical than that of Paddington, were it not for its artificial adjuncts” wrote English Poet Lord Byron in the early 1800s. And so began the first comparisons between the southern Italianate part of Maida Vale and Venice itself.

The point at which the Grand Union Canal and the Regent’s Canal meet at Blomfield Road became officially known as ‘Little Venice’ in the 1950s. Around this time,  the area grew increasingly fashionable with its large detached and semi detached stucco fronted villas. Literary figures such as playwright Christopher Fry and novelist Elizabeth Jane Howard made it their home.

The canal, woodland and greenery in this picturesque location has indeed attracted and inspired artists for centuries – Paul Verlaine’s 1874 poem ‘La rivière dans la rue’  or ‘The River In The Street’ describes the canal. Victorian poet, Robert Browning, famously lived at 19 Warwick Crescent from 1862 until 1887 and celebrated writer, Katherine Mansfield, stayed at Beauchamp Lodge (now 2 Warwick Crescent) from 1908 till 1909.

Over the years Little Venice has become ever more sought after and in the early 1970s, from a barge on the canal at Blomfield Road, entrepreneur Richard Branson started his Virgin empire.

In recent years the price of property in the area has risen dramatically. Peter Brown, Director of Vickers, asserts: “Apartments in the prime locations are achieving in the excess of £1,000 per square foot and some up to £1,300. Family houses are more”.

Green adds that price per square foot can be anything up to £2,000.

The most desirable roads in the area are “Randolph Road, Randolph Crescent and Randolph Avenue, Warrington Crescent, Clifton Gardens, Sutherland Avenue and Blomfield Road. Most of these have communal gardens which are highly sought after,” says Tony Gambrill, Area Director at Chesterton Humberts.

Brown says the Crescent gardens – Randolph Crescent and Warrington Crescent – are probably the best known and especially sought after by families. “All the other communal gardens are equally impressive with their own identities. The properties with access to them carry a premium.”

Nearby up and coming areas? “Maida Hill (just north west of Maida Vale) or Queens Park,” says Gambill. “Maida vale is more reasonably priced providing more accommodation for the money,” states Green. Brown believes that properties off the communal gardens are worth considering as they are in some of the better streets close to Maida Vale tube. The Maida Vale mansion blocks are increasingly popular.”

In rental terms, Sarah Nathan, Lettings Director at The Estate Office Lettings says the tenants in the area are mainly working professionals and families drawn to the communal gardens that some of the buildings enjoy.

As for architecture, Nathan adds, “Little Venice is characterised by long streets lined with mature trees and beautiful old white stucco houses and terraces.  Most of the period buildings are multi-storey with large windows and many have well maintained front gardens, adding an air of elegance and exclusivity to this little corner of London.  And of course, who can forget the house boats that line the canals!”

Keen to explore the area? Here are some ideas…

Little Venice is one of the most relaxing spots in London and an ideal place to spend a sunny day. A good starting point is Cafe Laville at the north end of Blomfield Road. This little restaurant will get you in the right mind set with its unique views overlooking the canal and its colourful narrow boats. The cafe itself serves a wide range of dishes from an English breakfast for £6.90 to Linguine with crab meat, rocket and fresh tomatoes.

Next up should be a walk along Little Venice’s celebrated Blomfield Road where you’ll catch a glimpse of the lovely Italianate white villas. Randolph Road, just of Blomfield, also has some stunning detached properties which are well worth having a peak at.

Further down Blomfield Road is The Summerhouse – an open air restaurant on the Grand Union Canal that has a holiday-like feel. Enjoy a glass of rose, a snack or one of the exquisite fish dishes while overlooking the water before hoping on to Jason’s Canal boat which comes directly to the restaurant to pick people up. This memorable journey will take you on a 1h30 round trip along the Regent’s Canal. There is a live commentary and the views of the London Zoo are some of the best!

Once back in Little Venice, head back down Blomfield Road and take a left into Clifton Gardens until you get to Clifton Hill at the junction of Randolph Avenue.  This hot spot is proper ‘chi chi’ and if weather allows, designer sunglasses and bags will be all the rage as the trendy W9 crowd get together to enjoy a catch up at any of the popular establishments in this small enclave.

There’s a surprising number of cafes and restaurants to choose from. Raoul’s on the corner of Clifton Hill and Lanark Place has gained a longstanding reputation with local residents. Food ranges from a smoked salmon blini starter to a main of chargrilled baby chicken and a caramelised lemon tart for dessert.

Further down the road is Baker and Spice – great for morning pastries and lattes, and Vicki’s – the ultimate all day cafe where the odd celebrity might be spotted enjoying a plate of delicious fish cakes with salad.

Last but not least, a final gem in the area is Rembrandt’s Gardens. This picturesque spot overlooks the canal and is the ideal place to spend an afternoon reading or resting while basking in the sunshine. 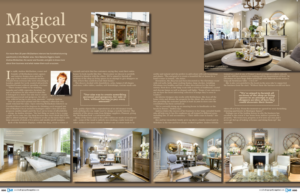 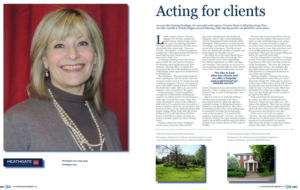 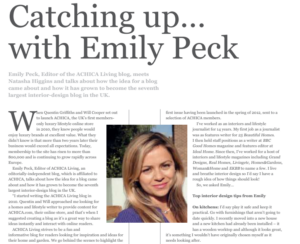 Menu
PrevPreviousIn and Around Limehouse
NextIn and around… Notting HillNext